To Settle Or Not To Settle

If you are currently out of work receiving weekly checks or if you are not able to perform your old job at the same rate of pay, it may not be in your best interests to settle your case. Here’s why:

Workers’ compensation claimants usually have two options once they decide to settle their case:

What Happens If I Choose The First Option?

When you sign a Form 21 or Form 26A, you have two years in which to reopen the claim after receipt of the last wage loss compensation payment. However, in order to reopen a claim, there must be a real change of circumstances that affects your wage-earning ability. Just having on-going stiffness or pain is not sufficient.

When you obtain our services, we will carefully discuss your options with you when you have reached the point of maximum medical improvement or when your doctor has finally released you with a rating. We will then discuss the matter with and see which route makes the most sense for your situation.

What Happens If I Decide To Settle?

If you decide to settle your case by clincher, it may take as long as a month or so for you to receive the money. First, the written agreement, or clincher agreement, has to be prepared by an attorney for the insurance carrier, which is then mailed to us. It then has to be read carefully by you after which you may choose to accept or decline the offer. Our attorneys are available to answer any question you may have regarding the terms of the agreement or the process of accepting or declining the offer.

Once it is signed by you, it is returned to the insurance company for the signature of your employer and others. It is thereafter forwarded to the workers’ compensation Industrial Commission that then carefully reviews it, examines the entire file and then enters a written order approving the settlement if it is deemed fair.

Once a written order is received by us, the insurance company may take as long as two to three weeks to prepare your checks. We will contact you and let you know when the papers are in.

Doctors’ Ratings Are Important, But Only Part Of The Story

Be very wary of signing a Form 21 or Form 26A to accept payment of your rating unless you are truly able to perform your old job. After you’ve been hurt on the job and have completed your treatment with the doctor, he or she usually says that you’ve reached a point called “maximum medical improvement” (MMI). This is a term used in North Carolina workers’ compensation cases that does not mean you are fully better but rather that you are as good as you’re going to get.

A doctor will normally put you at MMI when he or she is done treating you as a patient. At the same time, the doctor will decide whether or not you have any permanent disability — however minor — as a result of your injury. You may be given a permanent partial impairment (PPI) rating, which appears as a percentage. This is also when the doctor may give you permanent work restrictions.

What Is Disability Rating?

A disability rating is a tool the doctor uses to show how bad the injury is that you suffered. For instance, if a doctor says you have a 10 percent disability, they are saying that your injured body part is only 90 percent as good as it used to be.

Under North Carolina General Statute § 97-31, the North Carolina Legislature has set out the value of almost every body part in the Workers’ Compensation Act. For example:

Under North Carolina General Statute § 97-31, your back is worth 300 weeks of your compensation rate (which is two-thirds of your average weekly wage). If you made $600 a week before you got hurt, you should have been paid $400 a week while you were out of work. If the doctor assigns a 10 percent PPI, you are entitled to 10 percent of 300, which is 30 checks. At $400 a check, that equates to $12,000 in compensation for the permanent injury to your back.

After receiving a disability rating, you can probably expect an insurance adjuster to quickly try to get you to sign an Industrial Commission Form 21 or Form 26A to accept that $12,000 payment. The adjuster may even offer to throw in extra money if you give up the right to future medical care. Again, this is known as a “clincher.” You may be willing to take this, but you shouldn’t unless you’ve already returned to work making as much or more as you did when you were first hurt.

Under our laws, if you are totally disabled from work, you get paid up to two-thirds of your average weekly wage. If you are partially disabled, meaning you are able to work but you are not able to earn as much as you did before you got hurt, you are entitled to be paid for two-thirds of the difference between what you used to make and what you can make now under North Carolina General Statute § 97-30.

Using the example from above:

The injured worker was originally capable of earning $600 per week. Let’s assume that as a result of his injury, he has returned to work but can now only work part time at $7 per hour. He is now only making $210 per week, which is a wage loss of $390 per week. Under our state’s workers’ compensation laws, the insurance company has to pay two-thirds of that partial disability, which comes out to $260 per week. That can be a lot more than just the rating.

How long do partial workers’ compensation payments continue? Unfortunately, under North Carolina General Statute § 97-30, this wage loss is limited to only 500 weeks from the date of injury.

You Have Options – Contact A NC Workers’ Comp Lawyer

What the adjuster probably won’t tell you is that you don’t have to take the rating. If you think your wage loss is going to pay out more than the payout for your rating, go that route. Insurance companies hate that because it makes them keep their files on you open as they keep writing you checks week after week. They would rather tell you all you can have is your rating and hope you believe them.

Should you take the rating or the wage loss? In the example we’ve been using:

Let’s assume that the injured worker is finally able to go back to work and gets that low-paying, part-time job exactly one year, 52 weeks, after the date of his injury. If that’s true, then he’s entitled to draw wage loss checks for another 448 weeks. If he were never to get a raise or increase his hours, the insurance company would have to pay him $116,480 ($260 x 448 weeks). As you can see, it’s advantageous for an insurance adjuster to have the injured worker sign the Form 21 or Form 26A and lock him into a rating.

Also keep in mind, the Form 21 and Form 26A can also affect your ability to get other benefits. In fact, if you sign these forms and then go out of work again, the insurance company will argue that you don’t get more benefits because you “elected” to receive the rating instead of ongoing temporary benefits. It is a maneuver that insurance companies use all too often and one attorney Lyndon R. Helton knows how to fight against.

Atty Blair Cody is the man with the legal plan! The esteemed esquire with the 5 star power! His paralegal Crystal is a pistol! She will kindly return your calls at the sound of a…

Mr. Cody went above and beyond my expectations. Not only did he stay honest with me about what to expect during my case, he also held up to everything he promised. I would absolutely reccomend…

Mr. Blair was very professional and was able to get all my charges dropped. Thank you so much to you and your team.

Blair Cody is an excellent attorney and one of the nicest people you'll ever meet. He has a true passion for representing his clients. 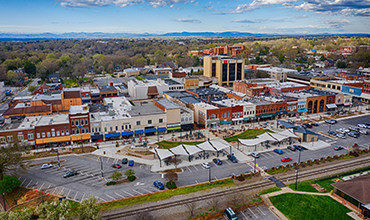