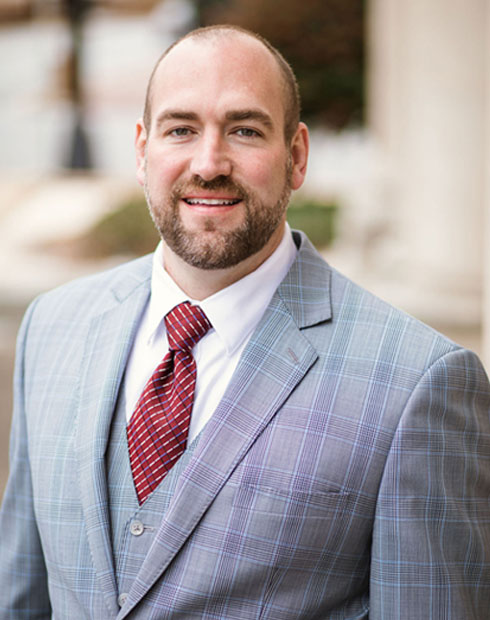 Blair E. Cody, III was born and raised here in Catawba County. He graduated from Fred T. Foard High School where he was Captain of the Tigers football team. After high school he attended Lenoir-Rhyne University where he played football for the Bears. While at Lenoir-Rhyne, the Bears won the South Atlantic Conference Championship in 1994 and led the nation in numerous offensive categories. He was selected Captain of the Football team his senior season and was selected as an all-conference performer as well as a preseason academic All-American. Upon graduation, Blair attended law school at North Carolina Central University where he participated in the moot court program, mock trial team and was selected by his peers as President of his law school class. Blair worked in the Durham county district attorney’s office under the third-year practice rule prior to his last year of law school. Upon graduation, Blair moved back to Hickory and began practicing law. He worked for two law firms in Hickory prior to opening his own practice in January 2006. In January 2020, Blair became a partner in the law offices of Helton, Cody & Associates. Blair is a member of numerous legal organizations (listed below) as well as being a lifelong member of Plateau United Methodist Church, which is located in Vale, NC.

When Blair is not at the office or working from home, he truly enjoys spending time with his mother, father, close friends & of course Bristol (his 6 yr. old English Bulldog). He enjoys any Lenoir-Rhyne athletic event, especially Bear football!!!